This has been a pretty slow week for me as far as watching kdramas goes. It's been a while since I've followed a bunch of shows that are currently airing, so it's hard to transition from binge watching an entire series to just watching 1 or 2 episodes a week. 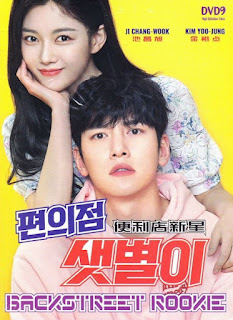 Coffee & Vanilla (コーヒー＆バニラ): I haven't watched any jdrama aside from Itazura Na Kiss: Love in Tokyo, but this drama consistently comes up in my suggested to watch list so I finally found some time to watch. Wow, was I in for an adventure. This drama was so... coerced? non-consensual? predatory? possessive? There's one thing to be an innocent candy character, and it's another to be stupid. Risa is a college student with the maturity level of a kindergartner, and was therefore not compatible with an established career man. I was so glad Risa's best friend, Natsuki, basically asked if she was crazy for becoming lovers with this random older guy because that's what we all were thinking. (Although it was weird that she later told Risa she was going to try and steal Hiroto from her?) Also, Risa was supposedly *so* in love with Hiroto, yet she didn't feel at all comfortable when they were sleeping together. If this is the person you love, want to be with forever, and agree to be intimate with, you shouldn't feel shame when it's one-on-one time. I have nothing against dramas with sexual content, but this was beyond uncomfortable to watch and never got better. It's not worth spending 10 episodes watching the lead character get sexually harassed. Hard pass.