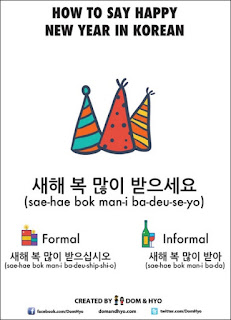 May your year be bright, may your bias always appear on screen, and may your favorite kdrama genre be plentiful!

I've kept it simple thus far in 2021; definitely wasn't ready for a return to reality after the holiday break! I'm still watching the same two shows the started in December, and picked up one more that just finished airing for a binge watch. 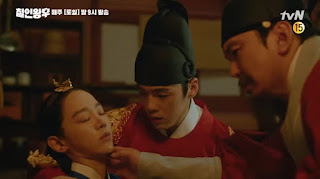 I hadn't realized that I was an episode behind on Mr. Queen, so I unintentionally deprived myself of a watch last week! I finished episodes 6 and 7, and will finish the week's airings tonight. I'm enjoying this series a lot more but I still feel like it's trying to be too many things. On the one hand it's a full-out comedy, while on the other it's trying to be serious melodrama with political intrigue and dark secrets. This really stood out while the queen/chef was in a coma because the rest of the characters progressed the story line forward in a way that was much different from his/ers. I like both stories, but I wished they were more cohesive. I think toning down the slapstick and having Bong-Hwan actually care that he holds So-Yong's live in his hands would help a ton. 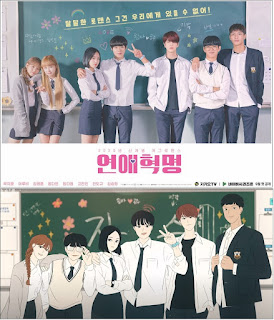 I decided to pick up Love Revolution, which I had avoided while it aired because it's 30 episodes long. Dramas that are longer than 20ish episodes tend to drag on and end poorly, so I firmly decided to skip it. But then I realized that the episodes are only around 20 minutes long with simple story lines (the focus is on first-year high schoolers), so they're a quick, breezy watch. And when EXO's MAMA started playing in episode 7, I was dying laughing. I'm definitely here for the comical out-of-date pop culture references compared to the characters' age. I mainly enjoy this high school drama due to how realistic is in portraying kids. This isn't your overly mature and/or insanely wealthy kid story. It's hey, I'm trying to be cool but I'm totally a dork because I'm a teenager. And the over-the-top grand confession with a lengthy note written on a dollar bill sprayed with cologne in a fancy envelope was hilariously undercut by it promptly being spent without so much as a glance. Very typical of everything being *so meaningful* because you're 15 when it's really just this small thing. I love it!

Episode 7 of True Beauty hasn't been subbed yet, but that's up next for me. It's not a show that I'm dying to watch right away (although I'm excited to watch), and I find that it's more fun with full subs, so I don't mind waiting.