The title of this post is a tad bit misleading. Yes, Fashion King is technically halfway through its 20 episodes, but in no way, shape, or form have I personally watched that many. 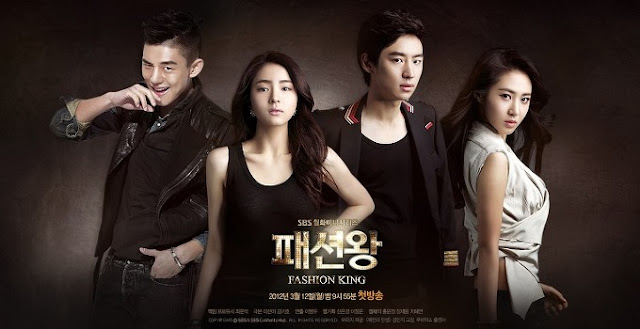 Maybe it would help if I found anything about this series remotely believable.
But I don't. So that's that. 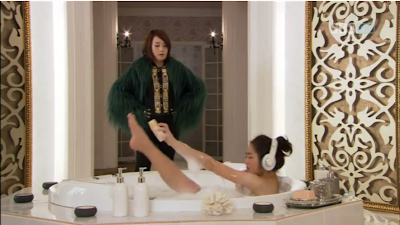 Aside from the requisite birth secrets, chaebol conniving, and overbearing mothers, the plot is propelled by 100% nonsensical situations. There were a few I was able to overlook: like Young-Gul being able to send Ga-Young to America even though he's in a heap of financial trouble himself, and every single main character coincidentally going to the exact same place in New York at the same time. 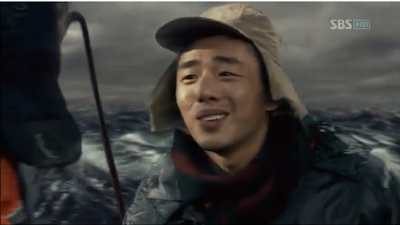 But then there's the glaring forced plot devices that I just cannot get with, mainly Young-Gul's adventure to NYC. How the heck did he end up on a fishing boat in the middle of the Pacific Ocean that gets taken over by foreigners in a mutiny, that somehow sails to the west coast of Mexico undetected by any nation's coast guard and sold to foreign rebels in Mexico, after which he is wholly ignored by the Korean Embassy, but manages to cross the Mexican-American border without being detected by US Border Patrol, and then treks cross-country without any food or money to end up in New York right where Ga-Young and Jae-Hyuk are, all due to his smooth talking with a fake Rolex?! Frankly, I wish I got thrown overboard with the Koreans on the ship, because they got the easy way out of all this nonsense. 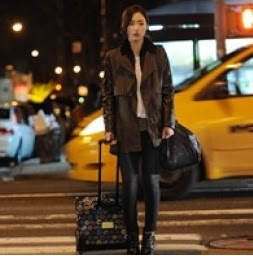 And then Ga-Young! How freaking naive is she? I don't understand how she can wander the streets of NYC multiple times and be perfectly fine, but Young-Gul gets robbed in broad daylight the first time he sits down. I had hope for Ga-Young when she took Shin Jung-Ah to her old apartment instead of the one she shared with Young-Gul, but she didn't keep the facade up long enough to have it make any difference! And she got booted from fashion school not once, but twice! I'm not quite sure if she got deported or spent her nonexistent money to fly back home, but ahhhhh, why did you give up so soon?! Are you going to spend your entire adult life wandering the streets of America and Korea? And whenever someone gives her flack (or physically beats the crap out of her) she just takes it! What's wrong with you?! 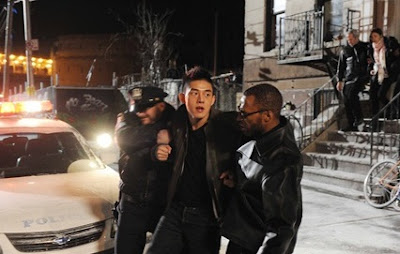 I was happy that we got actual American native-English speakers to play characters in the Stateside part of the show!!! Even Michael J speaks really good English. You don't understand how excited that made me! I could actually watch without having to read subtitles and just enjoy what was happening onscreen. The downside is that none of the extras were good actors, which is a shame since NYC is one of the main US hubbubs for aspiring actors. At least they got a lot of good looking models for the runway scenes. But the references to the "racism against Asians in America" backed up with visual and verbal stereotypes of various Americans rubbed me the wrong way. Not to say there isn't racism in America, as I've experienced it (even though I'm not Asian), but I just didn't like the way it was portrayed. 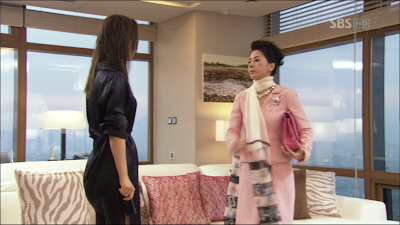 I'm also not understanding Choi An-na's relationship with Jae-Hyuk. When he sets her up with an apartment in Korea, An-na asks if they're starting over. Jae-Hyuk says yes but his face totally says no. And it looks as if she doesn't believe his yes either. So they're just going to sit around and pretend they're dating? But then what's with the attempted suicide?! I understand that Mama Jae-Hyuk and pretty much everyone on his side of the family and in the company don't approve, but why does that make her want to die? And why is she just all fine after downing all those pills? No hospital visit, just change the lock and we're all good? No, it doesn't work that way! 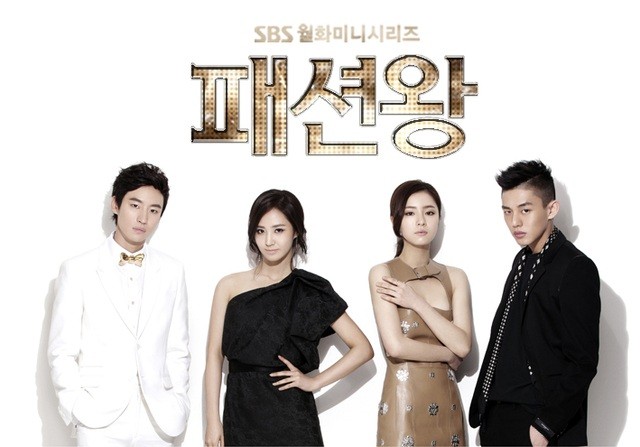 Put all of that together, and you have an unfathomable show. I tried, I really did. I toughed it out until Episode 3, when I just had to throw up my hands and quit. Then after a couple weeks I told myself, it can't really be that bad and went to watch Episode 4. Oh, but it was that bad. I can't believe this awfulness is going to continue for 20 whole episodes. And I don't find any of the actors remotely attractive (okay, okay Lee Je-Hoon does have an occasional cute smile, but his character rarely smiles), so I can't even watch for eye candy.