Since The Moon That Embraces the Sun was on break last week due to the strike, I decided to go back to Jung Il-Woo's roots and watch Unstoppable High Kick. 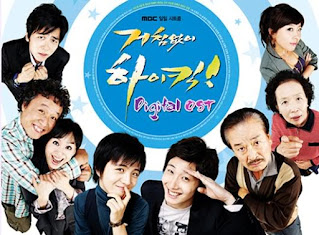 Unstoppable High Kick is a daily drama (similar to American soap operas that air daily, but without so much conniving, sex, and general brooding) that aired in 2006. It was an extremely popular show that helped launch the acting careers of Jung Il-Woo, Kim Bum, Park Min-Young, and Chansung:

The series has 167 episodes, but they are only around 30 minutes each, compared to regular dramas that are usually around an hour. Also, plot lines move a lot quicker, and whatever situation comes up in one episode is finished up by the next, if not within the same one. Of course, there are major plot lines (e.g., Min-Yong and Sinji's divorce, Hae-Mi and Mun-he's conflicts, etc.) that carry on throughout the series, but the small quick ones keep the show from getting boring.

I just finished up episode 30 (where actor Kim Hye-Sung appears onscreen with a perm, haha), and I find it a welcome break from the heaviness of all the dramas I've been watching. I'm also amused by the absolute adorableness of the young versions of two of my fave Korean actors. 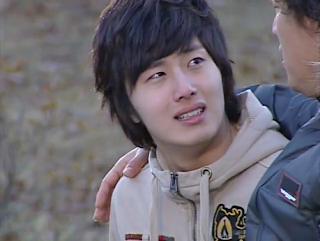 Jung Il-Woo with his natural hair color is so entertaining. He stands out from episode one, and it's no wonder that he continues on as a successful actor. Also, you can see what elements have carried on into other roles (e.g., the motorcycle obsession in 49 Days, tantrums in Flower Boy Ramyun Shop, and the fighting skills in Moon/Sun).

In High Kick, the most entertaining episodes thus far are the ones where the brothers Yoonho (Il-Woo) and Minho (Hye-Sung) interact. Minho is the hyung, but to their family's dismay, Yoonho treats him as the annoying nam-dongsaeng instead of with the respect he should get as the oldest son. The brothers somehow are in the same grade (It is briefly explained, but it's mostly lost in translation. Minho started school at 6, I think? Maybe? But is somehow a genius? But Yoonho started on time at 5 even though he's not very smart? What?) and their interactions both at home and at school are ones I most look forward to. 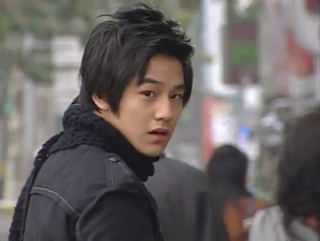 Kim Bum, on the other hand, does not have as much screen time as he's not a part of the main family. That doesn't take away from his adorable cuteness, and his winning smile most certainly makes an appearance in almost every scene he appears. I hope we get to see more of him as the show progresses.

Bum is Minho's best friend (yes, the character has the same name as the actor, as most daily dramas do) who sits next to him in class and spends a lot of time at Minho's home. In true bestie fashion, they are extremely close, and in episode 30, Yoonho walks in on them hugging in the bedroom and asks if they're on their honeymoon (ha!).

I think I'll recap this show as it goes on, but not every every episode as 167 is a little much to handle. I usually watch it to kill time as I'm waiting for a current show to be posted with English subs (the F7 key gets a huge workout on posting days, lol) and won't be in the mood to recap after a new-shinny episode of a current show plays. I'll probably post whatever episodes I happen to watch on the weekends, as I'm not following any Saturday-Sunday shows and will have the weekend to catch up.