The final episode of Bachelor's Vegetable Store aired this week, and it was highly anticipated (by me, at least). 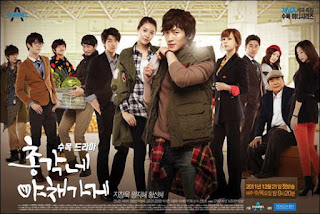 I was especially drawn to this drama because of the concept of Tae-Yang starting his vegetable business from the ground up (starting from when he was a middle school kid who loved veggies) to a nation-wide chain. Even more interesting that it was loosely based on a real life story. 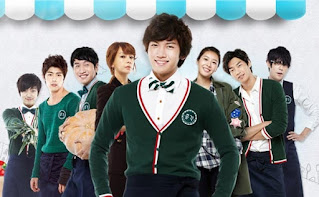 Oh right, the love story gets in the way. Ignoring Wang Ji-Hye's horrible acting (her only two expressions: blank stare and crying), I was all for Jin-Shim and Tae-Yang getting together. I was especially touched by the way he proposed to her (their relationship through veggies? adorable! and the guys helped, too? perfect!). 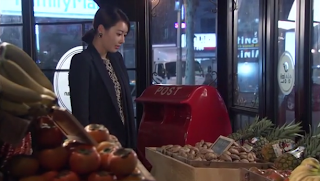 But someone please tell me how all of this happened with zero conflict between the Chairman and Mrs. Choi, both of whom were adamant about them NOT getting married! Why was this not explained? Why was this suddenly okay?

And then there was the whole Mrs. Choi thing (Ga-On/Jin-Shim's mom). Yes, we all knew her crazy behind needed to be committed, but it happened so... boringly. After all the drama, I expected her to go kicking and screaming while two burly men dragged her off to a lovely padded room. Instead, she stands on a beach and stares wistfully out at the water, hallucinating about her husband and baby. 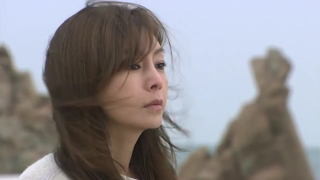 What is missing from the story is, hmm... I don't know, maybe the BACHELORS and the VEGETABLE STORE. I mean, wasn't that the whole point of the story?

How did Tae-Yang get the store back? That was yet another thing that the Chairman was stoutly against. And how did the store advance into a chain of stores? And what happened with all the guys? How is this all missing?! 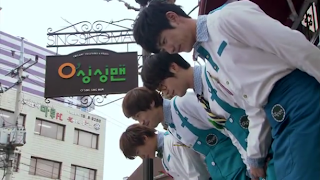 Well, I guess it's yet another kdrama with a disappointing ending. I'm so sad because it had so much potential! I do like how they passed the time with the guys selling from the truck as the seasons changed instead of the abrupt "X Years Later" thing that so many dramas overuse. If only we had seen them going through the process of regaining the store and expanding in that montage. Instead, it abruptly ends with Tae-Yang, Jin-Shim, and Tae-In having a picnic, then cutting to 4 out of the 5 bachelors standing outside O' Sing Sing Man Organic Vegetables and Fruits (yes, that's really the name of the store) greeting the public. Yeah.

Although the ending left much to be desired, I did enjoy the journey. Thanks, Fresh Men!