In a change of scenery, Lee Min-ho (currently in Rooftop Prince) and 2AM's Changmin have been cast in the musical "La Cage aux Folles." 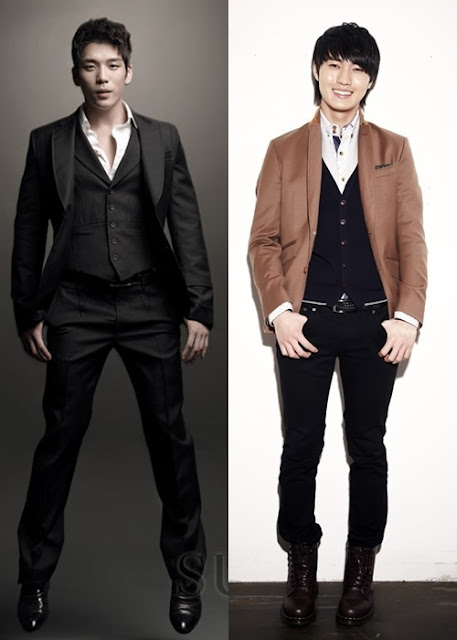 This will be a new international production of the musical, which has a longstanding separate history on Broadway and London stages.
The musical is about Jean-Michael, the son of gay parents Georges and Albin (who run a drag nightclub with the same name as the musical's title), and his finance Ann, who comes from a conservative anti-homosexual family. Hijinks ensue when the families of Jean-Michael and Ann meet, as well as from the complex relationship between George and Albin.

Lee Min-ho will be playing Albin while Changmin will be Jean-Michael. The play opens on July 4th at the LG Arts Center and runs through September 4th.